The Fair Work Commission has held that a supervisor’s demotion to a job “on the tools” with a 9% pay cut was in fact a dismissal, rejecting employer submissions that it was allowed under his contract or via a “notorious” unwritten term. An engineering company downgraded the service supervisor to a mechanical service technician role due to allegations that he, and two of his team members, consumed 29 beverages the night before work. The commissioner said that the demotion involved a significant reduction in duties, and therefore constituted a dismissal within the meaning of section 386 of the Fair Work Act 2009 (Cth).

The Federal Court has restrained mining giant BHP Coal from “excluding or otherwise preventing” a reinstated labour hire mineworker returning to the job at its Bowen Basin coal mine. Workpac was found to have unfairly dismissed the employee without providing a reason. The judge accepted that Star had established a serious issue to be tried and that BHP Coal had taken adverse action against her. The general protections case will now go to final hearing. This is a significant decision for labour hire employers and businesses who use labour hire services.

FWO gets tough on false and misleading paperwork

Authors of a report found that less than 2 percent of more than 2,000 migrant workers surveyed successfully recouped all their unpaid wages through existing channels. The report (produced by senior law lecturers and Migrant Worker Justice Initiative co-directors) revealed that the reasons included anything from unfamiliarity with processes to fear of losing their jobs. The report recommends that the Fair Work Ombudsman establish a dedicated unit to service migrant workers as well as the introduction of a “firewall” so that potential visa breaches are not shared with the Department of Home Affairs.

Wage Theft in Silence: Why Migrant Workers Do Not Recover Their Unpaid Wages in Australia, Bassina Farbenblum and Laurie Berg, October 2018 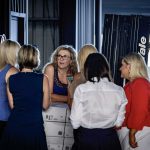 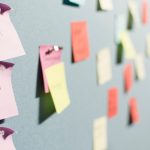