Foodora test case is back on!

A landmark unfair dismissal case involving a former delivery rider for Foodora Australia Pty Ltd is set to continue, despite the company last month going into voluntary administration. The Fair Work Ombudsman in its claim against Foodora alleged that the company engaged in sham contracting activity that led to it underpaying two Melbourne bicycle delivery riders and a Sydney delivery driver, misrepresenting them as independent contractors when they were in fact employees. This test case could have far reaching consequences for gig economy workers.

IR Minister Kelly O’Dwyer’s office has confirmed the appointment of former Fair Work Commission Vice President Graeme Watson as the Government’s Senior IR Advisor. Mr Watson sensationally quit the Fair Work Commission in January 2017 (see his resignation letter here) over what he described as a biased workplace relations system and a “partisan, dysfunctional and divided” commission in a Financial Review Article. Unions NSW Secretary Mark Morey noted the appointment “is a clear signal that the Coalition is gearing up for an election fought on industrial relations.” Morey added, “(Watson) has a track record before the FWC with Freehills, the most notorious anti-worker law firm in the country.”

The Fair Work Commission has found an Aboriginal corporation took unlawful adverse action by sacking three cultural heritage field officers for failing to prove ancestral connections. The Aboriginal Corporation has been ordered to pay total compensation of $67,503 to the former employees, including $15,000 in general damages for “stress, anxiety and emotional upset that would accompany being removed from a community that they had closely associated with for the majority of their lives.”

Federal Court Justice John Logan last month ordered Walz Group Pty Ltd to pay the ETU a $20,000 penalty for breaching a job security clause in its 2013 Greenfields Agreement after failing to inform the union about plans to bring in a contractor to help fulfil a contract with Rocklands Copper in north-west Queensland. The judge stated that Waltz “failed to ensure that the employees of Brice received terms and conditions which were the same or no less favourable than those contained in the Walz agreement.” 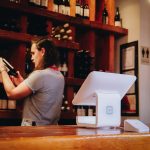 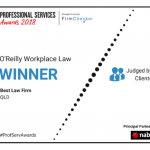