Vulnerable workers bill to become law: Fines of up to $630,000 for serious compliance breaches, amongst other significant changes

The key changes that the Vulnerable Workers Bill will bring about, include:

How will this affect employers?

While touted by the Government as ‘vital in tackling worker exploitation in important cases like that of 7-Eleven’, the changes will significantly increase risks for small to medium enterprises. This includes by the significant increase in fines that can apply (up to $630,000) which could bring down many or most SME employers. Increased serious contravention fines for individuals (to $126,000) will further increase the asset protection risk that workplace laws now create due to accessory liability laws. It will be more important than ever for employers to ensure their wage arrangements, contracts and workplace practices generally, are compliant.

Franchisors and holding companies will need to address their current agreements and practices with franchisees, in order to take ‘reasonable steps’ to prevent contraventions, and thus give themselves a defence to liability. Such as by greater franchisee training, auditing, employee complaint hotlines, and other involvement in assessing whether franchisees are meeting their workplace obligations.

Franchisees can in turn expect greater involvement by franchisors in their employment arrangements, including greater scrutiny of their rates of pay and related arrangements.

SMEs who fail to maintain required employee records and issue payslips will face great difficulty in defending under paid wage claims as a result of the shift of the onus to the employer to disprove wage claims, and higher fines. Employers investigated by the FWO will face greater exposures, with the requirement to participate in interviews.

What should employers do?

Employers need to take steps to avoid liability, as well as the liability of directors and employees within their business. Such steps include:

This article was written by Sarah Moran, Senior Lawyer, and Denise O’Reilly, Director. 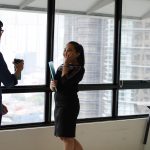 Personal relationships in the workplaceWorkplace Law 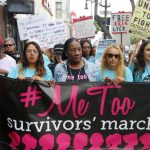 Liability for sexual harassment in the workplace: Am I doing enough to protect my business?Law, Workplace Law