The Senate has approved a wide-ranging inquiry into wage and superannuation “theft” by employers, despite the Morrison Government arguing it is not needed.

The need for the inquiry was re-sparked by the public backlash over the admission by Woolworths in October 2019, that they had underpaid store managers up to $300 million.

It will also look into whether government procurement practices can be modified to ensure that public contracts are not awarded to businesses that have engaged in wage and superannuation theft.

The Federal Circuit Court found that an external HR advisor played a key role in the dismissal of a permanent part-time yoga instructor, who had complained to her supervisor about her employer failing to pay award rates.

The employer claimed the dismissal was due to the yoga instructing being ‘unable to complete simple and menial tasks’ and due to her ‘careless and sloppy work’. The Court rejected the employer’s arguments as the employer made no records of the alleged misconduct, and found that the employee was dismissed because of a text message complaint that the employer was not compliant with the Fitness Industry Award. Further, that the decision to dismiss the employee was made by the HR advisor in consultation with the supervisor.

The importance of following a procedurally fair pre-dismissal process has been highlighted by the Fair Work Commission. Specifically, the Commission found that an employee who was dismissed after being issued with a first and final warning, followed by further allegations of misconduct, was unfairly dismissed. The gatekeeper at a waste transfer station allegedly did not properly deposit and pay for waste deposits, which the employer investigated. Rather than seeking a response from the employee to the allegations, the employer reviewed CCTV footage and prepared its report based on the footage and issued the employee a first and final warning. The employee was subsequently dismissed following further allegations of unlawful transactions, including failing to take payments from customers and record transactions.

The Commission held that the employer’s targeted action to capture information relevant to other breaches was significant and procedurally unfair. As was the failure to offer a support person for the first and final warning meeting, and the failure to show her the CCTV footage or provide a log of the transactions in question. The Commission ordered reinstatement with backpay.

The NSW Workers Compensation Commission ruled that a former reality TV contestant was an employee of Channel 7 and entitled to workers’ compensation for injuries suffered during the show. The contestant stared on the TV series House Rules during 2017. Following the filming, the contestant brought a claim alleging a psychiatric injury caused by her participation on the show. 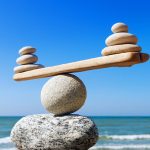