Could you be inadvertently underpaying your staff award allowances/penalties etc like Shangri-La and Michael Hill ?

Sydney’s Shangri-La has recently admitted it underpaid staff an estimated $250,000 in wages, after a review found the employer had not paid full penalty rates and overtime entitlements. This came on the same day that the global jewelry chain, Michael Hill admitted underpayments of staff up to $25 million over the last six years. A review retail employment contracts and rostering practices was showed non-compliance with some industry requirements over the past six financial years.

That such large employers have made such errors shows how easily employers can miss particular employee entitlements, which then build up over time.

More and more organisations are performing review of their employment arrangements, and making admissions of fault, in an effort to rectify and remedy and underpayments prior to the Fair Work Ombudsman becoming involved.

Following the 20 February 2018 decision (2018 decision), and the 27 February 2019 decision (2019 decision), the Fair Work Commission (FWC) made a further decision on 4 July 2019 regarding the Annualised Wage Arrangements and the associated new provision in modern awards. These provisions will radically change the rules around what an employer must do to pay an annualised salary to award covered employees.

The FWC decided that the new award clauses will commence on 1 March 2020.

Interested parties now have until 1 August 2019 to submit any further submissions. Around 19 modern awards will be affected from this decision and many thousands of employers and employees. We will keep you updated on the progress of the decision and the determinations when they are made.

Termination via text message not fair

The FWC has found that a casual employee dismissed via a text after 2 years’ service as a security guard for AFS Security 24/7 Pty Ltd (AFS) was unfair. The employee received a text message from the wife of AFS’ director and payroll manager saying, ‘effective immediately we no longer require your services’. The employer argued that the business normally communicated with employees by text and that, ‘as a generational thing, people don’t use emails these days’. However, the FWC found that even where text message or other electronic communications are ordinarily used, notice of termination is a matter of such significance that basic human dignity requires that dismissal be conveyed personally with arrangements for the presence of a support person and documentary confirmation. Unless there is some ‘genuine apprehension of physical violence or geographical impediment, the message of dismissal should always be conveyed face to face’, otherwise to do otherwise is ‘unnecessarily callous’.

The Commissioner ordered he be paid $12,465 in compensation.

In September 2016, Mr Hans Pearson commenced representative proceedings in the Federal Court on behalf of Aboriginal and Torres Strait Islander people, living and deceased, who were subject to the Protection Acts controls. Mr Pearson alleged breach of trust and fiduciary duty regarding the handling of accounts and the management of wages obtained under the ‘Protection Acts’ during the claim period of 1939 to 1972 which included tens of thousands of indigenous workers across Australia never received their wages which were held in government controlled trust accounts.

Addressing the stolen wage issue marks a momentous occasion in Australian history, and can be seen as a significant measure in Australia’s reconciliation plan. 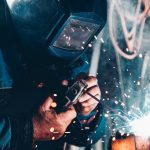 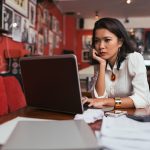