Both the Coalition’s recently announced Policy to Protect Vulnerable Workers (Coalition’s Policy) and the ALP’s Rights at Work policy (ALP’s Policy), announced in February this year, proposed significant increases to penalties for businesses who underpay their workers or breach other workplace laws. Under either party’s policy, businesses who are not compliant with workplace laws face significantly increased penalties, and, under the ALP’s policy in certain circumstances, potentially even gaol time.
Set out below is a summary of the policies to date.

These proposed changes are in addition to changes already proposed and rejected by the Senate to create a new regulator with greater powers for supervising unions, and the planned re-establishment of the Australian Building and Construction Commission.  Further policies and proposed changes to the IR System may be announced prior to polling day.

Implications for business Workplace relations is likely to be the subject of much debate as we approach the 2 July 2016 election, and irrespective of which political party achieves government there are likely to be significant changes to workplace laws that will affect business. Either way, the exposure for employers who are not meeting their workplace obligations will increase. Accordingly, now more than ever it is important for businesses to:

It will also be important for business owners, directors and managers to ensure that they are personally protected from claims for liability for breaches committed by their company.

Liability limited under a scheme approved under Professional Standards Legislation If you have any questions about this article, or your obligations under workplace laws, please contact administration@oreillyworkplacelaw.com.au 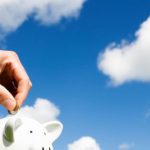 Warning: you may be liable to pay your contractors SuperLaw 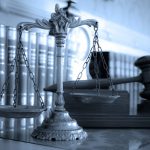 Record fines to company and director for sham contractingLaw