Record fines to company and director for sham contracting

A company has been ordered to pay record fines of $238,920, and its director a fine of $47,784 for engaging in ‘sham contracting’ in relation to seven ‘contractors’ who should have been treated as employees.

The Fair Work Ombudsman (FWO) has recently gained orders against a transport company who treated seven airport shuttle bus drivers as independent contactors rather than employees. The judge found that the transport company had displayed ‘wilful blindness’ of workplace laws by engaging in the sham contracting activities.

The workers were paid fixed rates per shuttle bus run between Newcastle and Sydney airport, regardless of the time taken to complete the run and time spent waiting. As a result of being treated as contractors rather than employees (who are covered by an award and owed penalties, overtime rates and other employment related entitlements), the workers were underpaid multiple entitlements. The underpaid entitlements ranged from minimum hourly and penalty rates, overtime hours, public holiday penalties, payment for late or early work, as well as superannuation.

Incorrectly treating the workers as contractors also meant that the company had not complied with pay slip and employee record keeping laws set out in the Fair Work Act.

The FWO issued a press release about the decision and emphasised that ‘in cases where sham contracting is occurring, we look behind the often carefully drafted legal documents to determine what the correct classification for workers is’.
What are the risks for businesses engaging independent contractors?

What can I do to reduce the risks for me personally, and my business, if I engage independent contractors?

If you have any questions about this article, or your obligations under workplace laws, please contact info@oreillyworkplacelaw.com.au

Liability limited by a scheme approved under Professional Standards Legislation 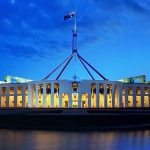 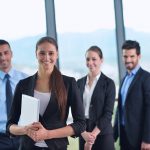