The Fair Work Commission has today, 6 June 2017, handed down the 2017 minimum wage review which will increase award wages across the board by 3.3%.  The national minimum award wage will increase to $18.29 per hour from $17.70. The award increase will come into effect from 1 July 2017.

Today’s increase was considerably up from last year’s increase of 2.4%, and the year prior’s 2.5% increase.

It is important that business owners update rates of pay for staff paid at or around award minimum rates of pay to avoid heavy fines or back pay obligations. For staff on annualised salaries or ‘all in’ hourly rates, employers should check that their annualised salaries or hourly rates remain high enough to meet their overall minimum award obligations (and that their workplace agreements facilitate these arrangements).

Employers with enterprise agreements or other arrangements should seek advice to ensure that the award wage increase does not ‘leap-frog’ the rates in these other instruments, resulting in underpayments to employees and exposing them to fines.

By now you will have heard the media attention around the Fair Work Commission Full Bench’s recent decision to reduce Sunday penalty rates in the hospitality, retail, fast food and pharmacy sectors, reduce public holiday penalties in those sectors and, additionally, in the restaurant sector. The changes to public holiday penalty rates take place from 1 July 2017, while the changes to early and late night loadings took effect in late March 2017.

Changes to the Sunday penalty rates will come into effect under ‘phasing in’ arrangements from 1 July 2017 as follows:

However, the initial effect on Sundays may only be minor, with the rates in some cases to reduce by just 5% on 1 July 2017, with more significant reductions in subsequent years.

Rather than assume that any employees covered by the affected awards automatically have their rates reduced, employers need to review employment contracts, award flexibility agreements and enterprise agreements to determine whether the award reductions will change their obligations.

Also taking effect from 1 July 2017, are increases to the maximum civil penalties against companies and individuals for breaches of the Fair Work Act 2009 (FW Act) to $63,000 and $12,600 respectively per breach (up from $54,000 and $10,800). This means that compliance with all aspects of the workplace relations system is more important than ever (and non-compliance more expensive than ever!).

These penalties can apply for breaches of awards, enterprise agreements, the National Employment Standards and many other key obligations under the FW Act.

The increases will only affect contraventions that occur on or after 1 July 2017. Contraventions occurring before this time will be subject to the penalty unit in place when the contravention occurred.

The next Commonwealth penalty unit increase is currently scheduled for 2020.

For advice about what these decisions mean for your business, please contact our office.

Liability limited by a scheme approved under Professional Standards Legislation

Disclaimer – This article is provided for information purposes only and should not be regarded as legal advice. 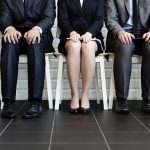 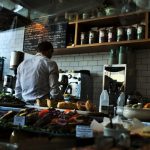